Are Oracles necessary for blockchain for real world applications?

Are Oracles necessary for blockchain for real world applications? 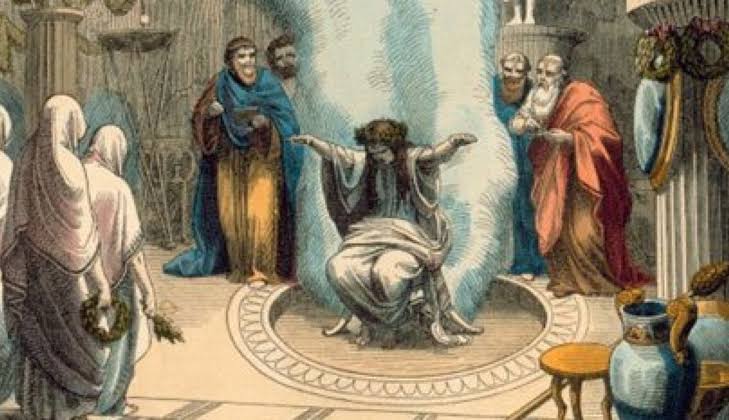 Pythia was an oracle at Ancient Greek times at Delphoi

From a technical perspective, a blockchain is something very interesting because it combines so many technologies (cryptography, communication protocols, consensus algorithms and many other). But from a business point of view a blockchain – or any other technology – has no value if it cant be used to solve problems, or phrasing it better, to find real world use cases.

There are some problems coming with blockchain(for example scalability, cost). But often one problem is overlooked (or at least not discussed so much). This problem stems from the nature of Virtual Machines(VMs) – or scripts for chains that do not have smart contracts. We are going to focus on chains that have a VM, that is, they support smart contracts.

Virtual machines are an isolated environment into which code (smart contracts) are executed. The results are verified in a decentralized way. The problem is that the VM cant access any data outside its environment directly. This “outside” is the real world that we care about. Any real application must have access to these data. For example a trading software client must have access to stock prices at real time, an accounting software must get data about invoices of the company, employee’s salaries etc. Off course the smart contract can get data manually from anyone who has access to trigger functions of the smart contract. The data are passed as arguments to the functions, feeding that way the smart contract the desired data from the outside world.

So the problem seems to be solved. But the whole point of blockchain is decentralization, or put it another way, to build trust in a trustless way. The users shouldn’t be required to trust anyone. In the above scenario the users must trust the entity that feeds the data to smart contract. This defeats the purpose of the use of blockchain in the first place. Here comes the oracle(s), trying to solve this problem.

The most common data that needed for smart contracts are:

It is clear that a centralized oracle suffers from the problems of the “single point of failure”. But it also carries the benefits of it: It is fast and very low cost.

A decentralized oracle is, actually, a group of oracles. There is no rule of thumb or standard architecture how this can be achieved. The basic property of the decentralized oracle is that the data that feed the contract must first past a consensus. Not the blockchain consensus but a separate one. Some mechanism (algorithm) decides the final value of the data, considering all the values submit from the oracles. Some strategies that can be used to achieve a degree of decentralization for oracles are:

There are many details, types of attack and trade-offs for the above solutions. Because of the complexity of the subject we are going to refer in detail to each of these approaches in other articles. Here I’m going to mention only one common vulnerability which all decentralized oracle systems can suffer: freeloading. Any oracle can just read the proposed data of another oracle, copy the value and submit it. He has an intensive to do so: he can get the value for “free”, that is, no need to have its own infrastructure. It bypasses its own operating costs and steals the info. This is very dangerous because it undermines decentralization and makes attacks much more easy and effective.

Fortunately, there is an easy solution against this, using cryptography. We split the committing in two phases. The oracles are forced to commit the hash of the answer in the first phase and the final answer in the second phase. That way no oracle can copy the value from another oracle because it is committed in the first phase.

Which strategy for an oracle functionality is most correct? Obviously there is a not fit all best solution. The correct decision depends on the nature and needs of the application.

All the above is just an introduction for oracles. More analysis will come in following articles.